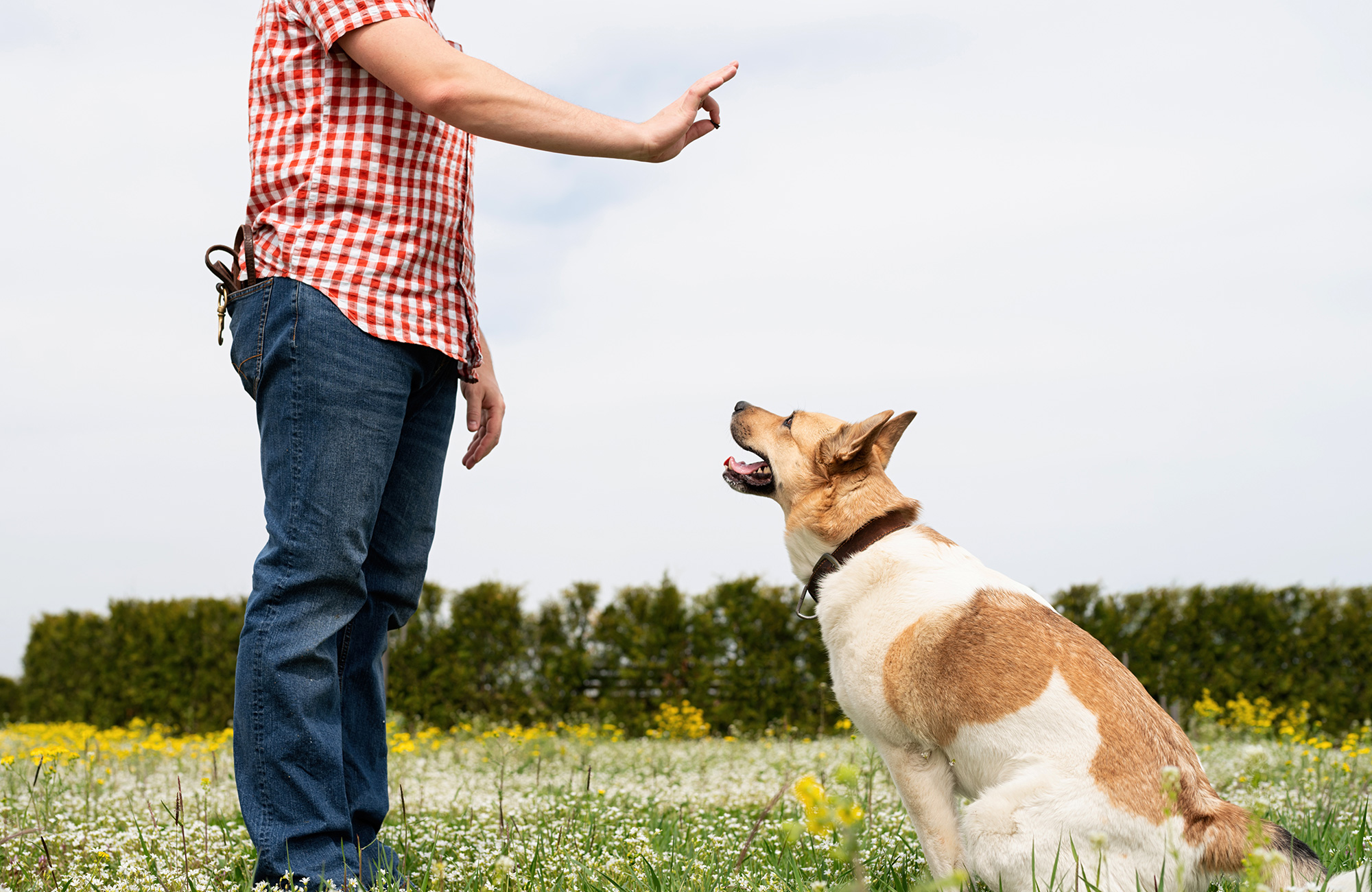 Teaching your dog the ways of defending himself can be done in two ways.

Teaching your dog, the ways of defending himself can be done in two ways. First, if your pet reduces the overprotective behavior to its owner, it can learn other methods. Second, you can teach them trained techniques such as “playing dead” and striking a canine attack.

How to Teach my Dog to Defend Himself ？

One of the most commonly searched questions by dog owners and trainers is “How should I teach my dog to defend itself?”  We focus on the proper defense methods without turning your beloved pet into an aggressive attack dog. In the study of dog behavior, you first need to identify the two behavior categories. There are behaviors more aligned with attack dogs and behaviors better suited to watchdogs or guard dogs.

Dog behaviorists and trainers discipline dogs depending on the need. For instance, police and law enforcement often train attack dogs—and they are prepared to be aggressively responsive to possible intruders and threats. However, while attack dogs are accustomed to this behavior set, they are still trained enough not to ‘attack’ everyone they meet. 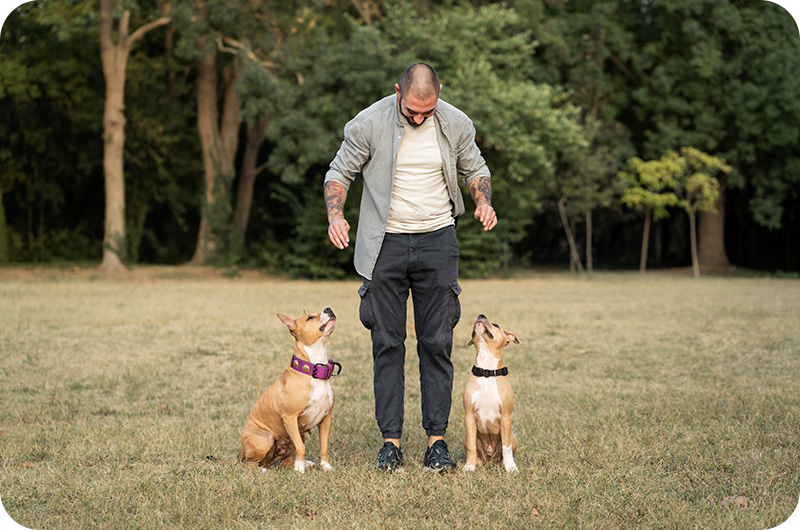 For personal and home purposes, most behaviorists suggest training your dog as a form of the guard dog. A guard dog (or watchdog) is a trained pet that uses non-confrontational methods to defend you and your property. However, training your dog to become a watchdog requires more time and patience.

How Do You Stop a Dog from Being Protective of its Owner?

Guard dogs are trained to protect their owners against intruders. However, these dogs can be overprotective and may consider everyone except their owner as “enemies.” Overprotective dogs can lead to serious issues since they can be overly aggressive to everyone. In addition, if your dog prioritizes to defend its owner more than himself, it can lead to destructive methods such as loud barking and even dog fights.

Below are some methods to control your dog’s overprotective behavior: 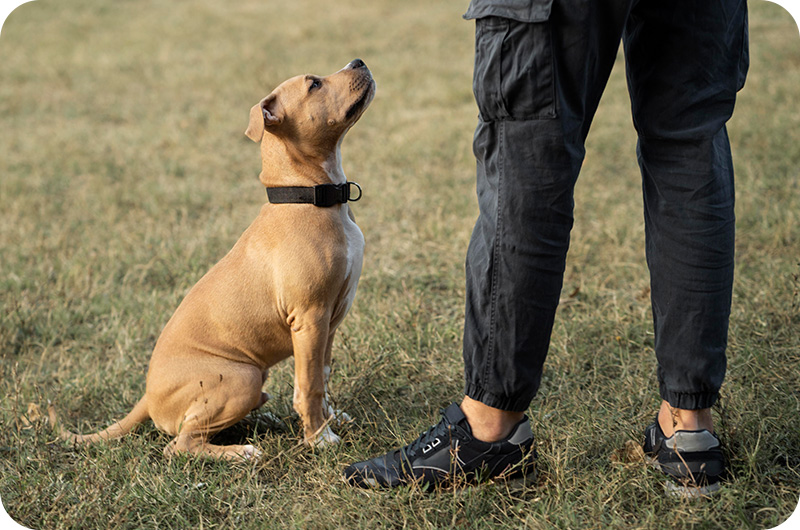 How Do I Teach My Dog to Fake Death?

Another self-defense mechanism that you can teach to your dogs is by faking their death. An aggressive dog will stop making severe attacks when there is no reaction from the other side. Playing dead is a fanciful dog trick and self-defense mechanism. Aside from basic commands like “sit,” “stay,” and “rollover,” any dog breed can learn the “play dead” method.

you haven’t trained your dog with this method; give some time to learn this technique. The lie-down position is essential in doing the play dead method. Another position that your dog must learn is the half rollover, wherein the dog will only roll on a single side.

Reward your dog every time it perfectly follows the consecutive positions. Do not give an extra treat if the dog doesn’t get the correct position. This will prevent your dog from being extra spoiled during the training.

Do not use the same hand or voice gesture you are using on the same technique. Suggestions for hand and voice gesture is the “bang” sound and the gun hand symbol. 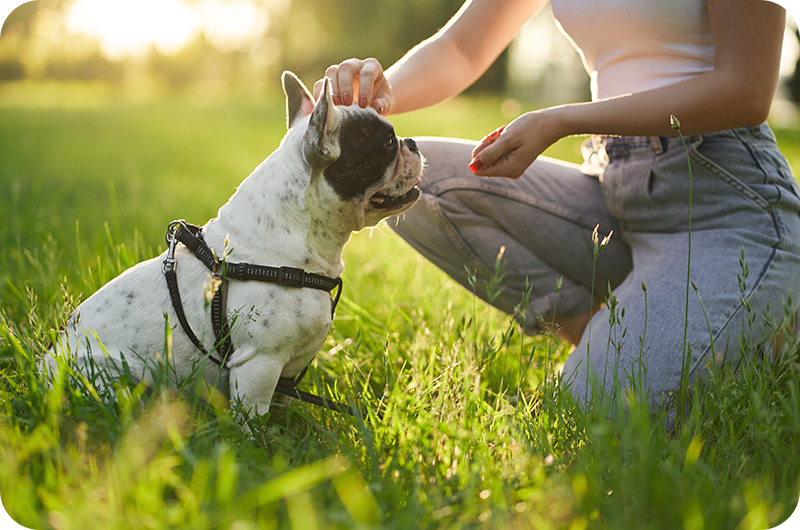 You may also add practice for your dog to use this method independently by doing the same way while other dogs are around. But, again, this method will reduce the unnecessary aggressiveness of other dogs, leading to injuries on both pet and owner How to Train Your Dog to Attack Strangers？

Training your dog to attack suspicious strangers is helpful for certain life-threatening conditions. For example, if a stranger strangles you, your dog may also damage the said intruder. This is because dogs have innated aggressive instincts. It can be triggered by teaching your dog’s signals to indicate that a stranger is harmful.

If you are training your dog to attack strangers, make sure that you have proper protective gear and knowledge about dog behavior. 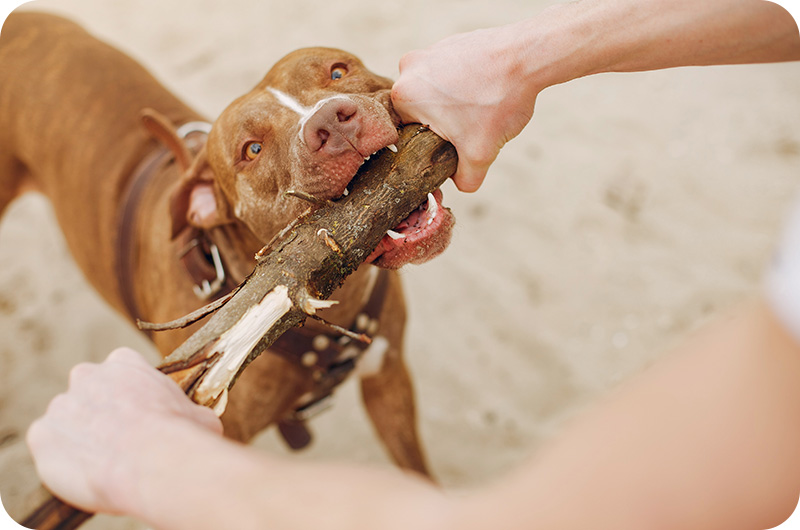 My Dog Is Submissive at The Dog Park.

There are several reasons why your dog may appear submissive. First, your pet considers you as a leader respectfully. Second, your pet has minimal knowledge of the area. Third, your dog is scared and threatened. While submissiveness is one of the dog’s instinctual behaviors, teaching your dog how to defend himself is recommended.

There are two primary methods of protecting oneself: (1) combative-aggressive and (2) passive-protective. Using these methods may vary depending on the dog’s knowledge, instincts, and environmental condition. For example, teaching your dog to attack strangers can be helpful—but using defensive stances like playing dead can also prevent turmoil on your side. Use these methods responsively to maintain the refined behavior of your guard dog.