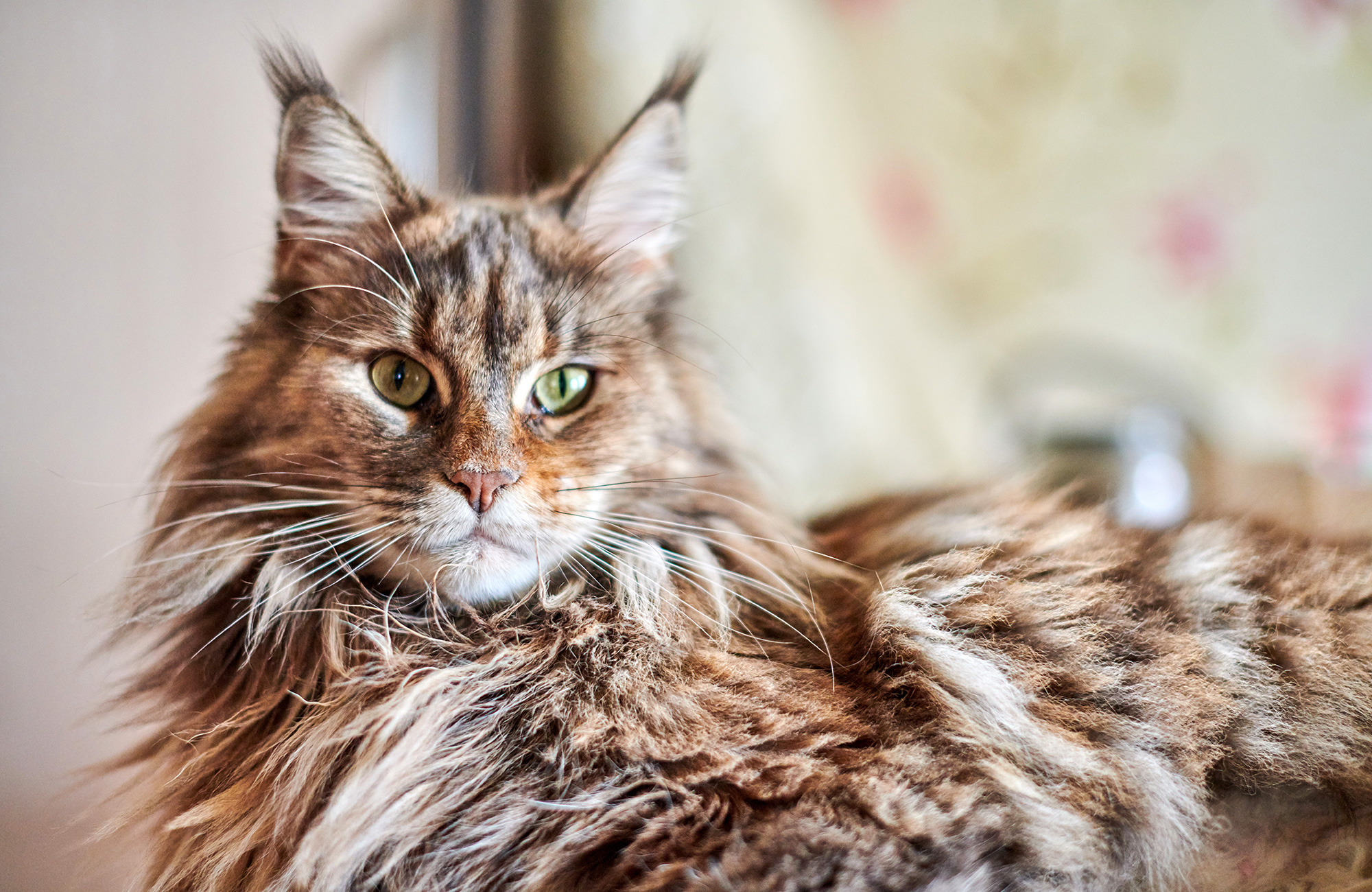 Meet the Biggest Cat in the US

Among the many rare cat breeds, the large cat breeds are the most enigmatic of them all, mainly because they surpass expectations as to what cats should look like.

Among the many rare cat breeds, the large cat breeds are the most enigmatic of them all, mainly because they surpass expectations as to what cats should look like. Giant cat breeds can be kept at home like regular (and smaller) house cats. We’re going to take the largest cat breeds popular with pet owners in the US and globally.

How Many Breeds of Cats Are There?

The answer depends on what region you research. For example, the registry at The International Cat Associations lists a total of 71 cats. These are only pedigreed cats that do not include cats that were selectively bred for whatever purposes. There are fewer cat breeds that are formally recognized compared to dog breeds. 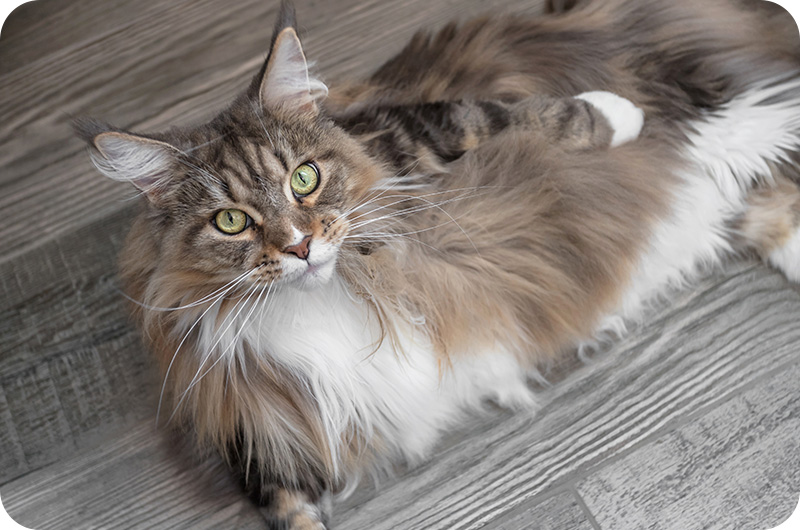 Cat pedigree depends on lineage, and for a cat to be pedigreed, the origins of the cat have to be traceable.

Classification methods vary from organization to organization. For the most part, if there is no formal historical record that gives us a clue as to what breed the cat comes from, these organizations will not recognize it. Nonetheless, we’re still happy with our pet cats, regardless of their pedigree or breed.

What Is a Large Cat?

Cats belong to the family of Felidae, under the genus Felis, from the order Carnivora. Domestic cats share common ancestry with larger felines like tigers, panthers, and lions. All cats are of the same species: Catu’s domestics. However, domestic cats are selectively bred to produce heightened physical traits. This is what creates such variety and breeds in cats. Selective breeding produces different phenotypic variations of cats that you think are not related to one another directly – but they are one species, like dogs come from one species only. There is no scientific definition of ‘large domestic cats,’ but you will surely recognize one when it passes by – because they are much larger than regular cats that barely grow up to your shins.

Like other cat breeds, large domestic cats are classified based on their weight, size, characteristics, breeding patterns, etc. A fully grown, sizeable domestic cat can reach up to eighteen pounds in adulthood. In comparison, the average cat weight is only six pounds. Large domestic cat breeds can grow three to four times larger than their average cat counterparts.

What Is the Largest Domestic (US) Cat Breed?

The record holder for being the largest domestic cat breed in the United States is the Maine Coon.

As the name suggests, the Maine Coon is of New England origins, and its ancestry can be traced to Maine (thus, the name).

Like other older bloodlines from other countries, the Maine Coon is an excellent mouser and probably was first discovered by humans. It hung around grain stations and other grain repositories because mice always hung around human settlements.

It is believed that Maine Coons not only hung around human homes – they were also likely in farms (for obvious reasons) and probably stowed away on ships, too. Thus began the story of the Maine Coon as a human companion and top mouser.

While the size of Maine Coons is their top trait, this doesn’t mean that they’re just big cats. The regal Maine Coon can also be loyal and affectionate, but they are never clingy to their owners. This is a patient cat breed and works well in the family setting.

Maine Coons can reach eighteen pounds (or more, in some cases) in adulthood. The males are stockier and more massive than the females. You will see a Maine Coon attain its full size at around three years old, or in some cases, five years old. Luckily, this cat breed is naturally courteous and generous to be around. You won’t have to worry about this cat breed accidentally hurting the kids as they are great with kids, too. 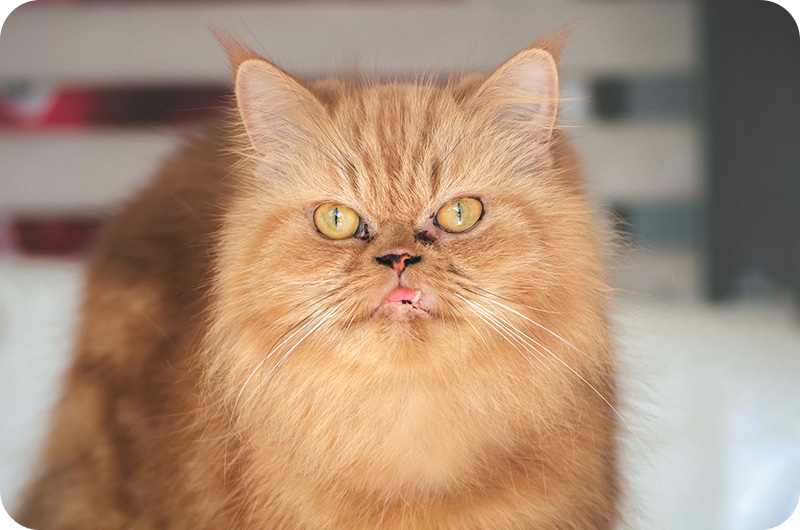 How Big Can House Cats Get?

The size of a house cat depends on its breed. Smaller, average-sized house cats can still grow heavier if they are not fed correctly. Like other mammals, a cat can balloon to a substantial size if there is too much food, to begin with. The healthy weight is only three to six kilograms tops unless you have a giant breed at home like the Maine Coon.

What Is the Most Dangerous House Cat?

Some cat owners like to push the limits of what could be domesticated. Topping the list of dangerous cats to own is the bobcat.

This fierce cat is also called the red lynx. It is not related to the domestic cat and should not even be considered as a house cat. However, some adventurous spirits have pushed the envelope, and some claim that the bobcat can be domesticated and kept at home.

We don’t recommend keeping wild animals at home. In many states, this activity is considered illegal, and you can be fined for keeping wildlife without the proper training and licenses.

It would help if you didn’t experiment with keeping species like bobcats because these are wild animals, and the wild animal spirit will stay with the bobcat no matter how much playtime and care you give to it. It is not the bobcat’s fault. However, when a person insists on keeping a bobcat at home thinking that regular care will erase its wildness, that person is likely playing with fire.

Bobcats are so risky that they have a side that can grievously wound or even kill humans. This is the scenario that we want to avoid because once that side is unleashed, it’s likely that you won’t be able to protect yourself.

How to tell if cat needs glands expressed?